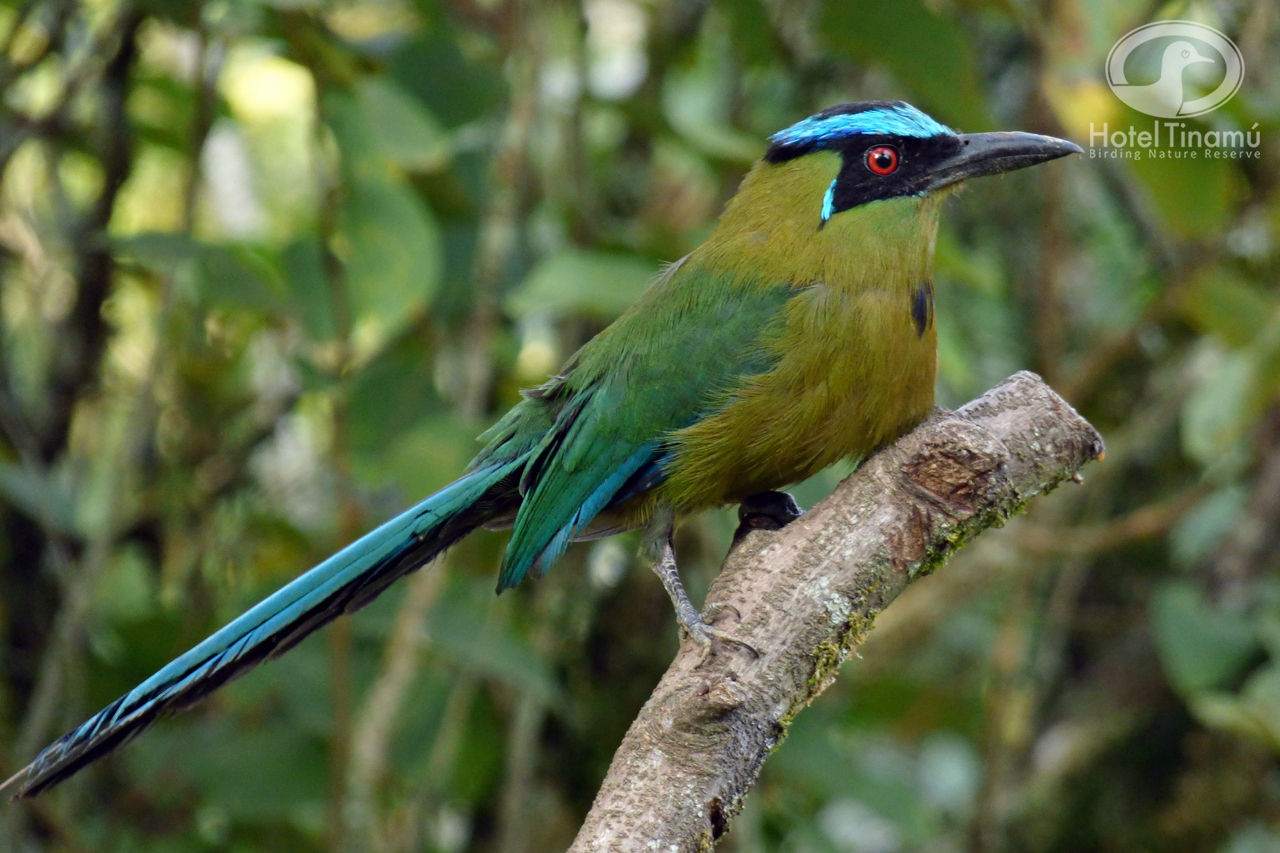 Momotus aequatorialis, Barranquero Coronado Manizales bird emblem Caldense promoted by the Ornithological Society and chosen by the city in 1995 for being a colorful, beautiful long tail bird making it a very attractive bird.

This bird of Colombia Measures of 46-48 cm, is a large bird and is recognized by its large head with a light blue band around his black crown and back home in the neck; peak is thick and strong, slightly curved with the edges of the upper serrated peak, the tail is long in black below, with gradual guidelines, the central finished racket-shaped sometimes wiggles with pendular movement. It is territorial and quiet, stay still for long periods and often vocalizes with severe and profound claims.

They feed on a variety of invertebrates, small vertebrates and some fruit, build their nests in tunnels made in the ravines.

They are medium-sized birds, and generally very showy, indolent, clear jungle and mountains, are characterized by long queues often finished in racquets move like a pendulum. They make their nests on cliffs at different depths depending on the species.